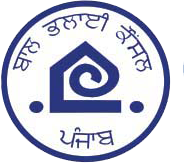 There will be following classes of members :

a)      Founder Members : Founder members are those persons whose names appear as the first members of the Council in Schedule I vide Para I of Article IX i.e. Registration, to the Memorandum of Association. Such persons shall continue to be the Founder Members of the Council during their life-time or until they tender their resignations or any of them is found to be guilty of mal-practices or normal turpitude.

b)     Life Members : Life Members are those persons who are enrolled as such by the Executive Committee and who pay a minimum subscription of Rs. 500/-. Life Members are eligible for contesting elections or seeking nomination to become the office-bearers of the Council.

c)      Honorary Members : Honorary Members are those persons who are enrolled as such by the Executive Committee for a period of three years or such shorter period as may be specified in each case. Govt. officials representing the concerned departments for childrens' cause may be entitled as the Ex-officio honorary members. They may be elected/nominated to the Executive Committee.

f)      Individual Members : Individual Members are persons who are interested in Child Welfare Programmes and who Pay an annual membership fee of Rs. 15/- but do not represent any Institution, Organisation, Trust etc. but are members in their individual capacity. These persons enjoy the right to vote but are not eligible for contesting election.

g)      Associate Members : Associate Members are persons who are interested in the Child Welfare programme and who pay an annual membership of Rs. 5.00. These members will neither have the right to contest election nor vote.

h)      Invited Members : The Council may invite special members to the meeting by extending special invitations whenever it desires to do so. Invited members who have interest in the child welfare programme may represent organisations within the State or represent Organisations of their States including National or Inter-National Organisation.

i)      Institutional Members : Educational or other Institution imparting knowledge, Govt. or private may become members of the Council by paying the subscription fee as may be decided from time to time.